Women in journalism and The Observer 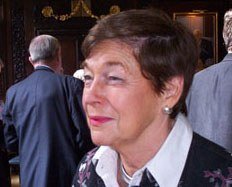 WHEN I STARTED being a journalist in the 1950s things were very different for females. There were jobs in woman’s magazines (I started on a tiddler called Home Notes) and one or two specialist stars such as C.A. Lejeune or Dilys Powell; there were a few serious women writers such as Norah  Beloff, certainly; but they weren’t encouraged to write any differently from men.

Newspapers on the whole tended to confine women’s issues to one page or box that dealt mostly with fashion and cooking and such (though it was only on Anne Scott James’s woman’s page that the Sunday Express took any notice of Francoise Sagan’s Bonjour Tristesse). But when Mary Stott of the Manchester Guardian was told she had to go to the women’s page and stop being deputy chief subeditor, because they had to train the next chief subeditor who had of course to be a man, she vowed to change all that, and did.

On her women’s pages she included  things such as education and health, a female slant on politics and above all human relations, and when David Astor wanted to start a serious woman’s page for The Observer (it had only done fashion and cookery before – and the cookery was done by a man, though disguised as Syllabub) he hired a protégée of Mary Stott, George Seddon, to create it.

George thought he was just copying Mary, but he took it all far further: he reckoned that what he was editing were feature pages that should take in everything that wasn’t work – medicine, education, design, travel – and of course human relations, on which David Astor was very keen. It has to be said that the “serious” men occupying the main pages of the paper never understood what George was doing or realised they had a genius on their hands; back to the Nagas and politics and finance, not to mention sport: never mind the ordinary seriously important daily lives of ordinary people. Which was what George’s pages were, called things like “You”.

George invented Shirley Conran, and Barty Phillips, and me, and plenty of others; at about the same time Anne Scott James had moved to the Mail to do a personal column, and Felicity Green, assistant editor of the Daily Mirror(and the first woman on the board of a Fleet Street newspaper) was designing “women’s pages” that were supposed to be of serious interest to men too (though the chaps were rather inclined to ask couldn’t there be bras again next week?). She speaks of the feminisation of Fleet Street – and if you look at it now, with half the writers that get taken seriously women journalists, you can see how enormously it has changed.

Camilla Cavendish almost single handed getting the family courts open to public scrutiny, the perpetual good sense of Libby Purves, Ann Treneman a foreign editor for The Observer and now a compulsively readable parliamentary commentator for the Times, Polly Toynbee on the Guardian the only writer the Daily Mail really fears (and not only denounces, but actually staked out her home in the hope of discrediting her); there’s really no need to mention Rebekah the redhead – and when I say “not to mention”, the editor of the Daily Telegraph the year before last at the Press Club Christmas lunch made his whole speech about “his” coup on the MP’s expenses, without once mentioning that the whole thing was done by an American female journalist called Heather Brook, from whom he simply bought it.

But interestingly there are female ex-editors and publishers in the Murdoch empire, at the level where the board decide such things as which country you buy the wood to make the paper from. You could argue, though why bother, that there aren’t many women editors, but it’s the writers who often change views, change the flavour of papers or the way they’re regarded: influence has many faces. And by now the female face has a sardonic grin on its face – due in no inconsiderable part to The Observer.