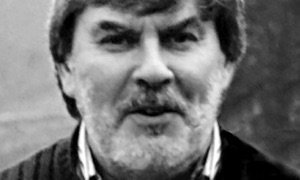 Brian Bell, my friend and former Observer colleague, who has died of cancer aged 70, was a first-class journalist. He was innovative and influential in two areas. One was in helping make financial journalism more palatable for the general reader; the other in pioneering new forms of photojournalism, making high-quality photography and words work together in travel publications.

Born in Dromore, Co Down, Northern Ireland, Brian was adopted and attended grammar school in Armagh. He graduated in psychology from Queen’s University Belfast, despite devoting most of his time to editing the student newspaper. After learning his trade on the Belfast Telegraph, he moved to England to edit Open Sesame for the Open University. By chance, he met Donald Trelford, future editor of the Observer, who later recruited him as a writer/subeditor on the business pages.

His seemingly effortless style marked Brian out in a paper renowned for fine writing. His highly readable pieces disguised diligent research allied to a clear, inventive mind and dry sense of humour. But it was largely as an editor that he developed during the final years of David Astor’s editorship, and imbibed the core values of a great liberal, ethical and influential era in world journalism.

As deputy business editor, as he became in 1974, Brian established a more popular style of covering business, tackling the real issues without dumbing down content.

In 1978 he left to turn Marketing magazine into a respected trade weekly. Returning to the Observer in the late 80s, as deputy editor of the Magazine, his ever-inquisitive mind turned to making more effective use of colour photography.

It was this knowledge he took in 1994 to the newly established travel guide publisher Insight, as editorial director. In those days, travel guides were frequently the province of academics, or those who wrote like them. Pictures were too often black-and-white snaps. Brian’s journalistic approach made the guides intelligible to ordinary mortals. He planned pictures and text together, allowing tourists to better understand places they were going to.

He faced a diagnosis of prostate cancer with fortitude and good humour. For a constantly curious observer of life, it was typical of Brian to view his treatment from a detached and dispassionate viewpoint.

Brian is survived by his wife, Diane, a New Englander he met in the unlikely romantic setting of the Observer newsroom while subbing her copy on a Friday night.