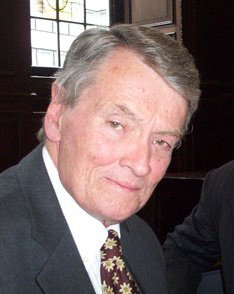 Alexander Frater, the author of Chasing the Monsoon and Beyond the Blue Horizon, and multiple winner of the British Press Awards Travel Writer of the Year title, died on New Year’s Day – two days before what would have been his 83rd birthday. For a decade as chief travel writer for The Observer, Frater stood head and shoulders above his fellow travel writers in the British press. It was said that the British Press Travel Writer award was withdrawn as the judges grew tired of naming Frater as the inevitable winner.

Chasing the Monsoon, continuously in print since it first appeared 30 years ago, is a classic in the canon of Anglo-Indian literature. It is essential reading (and friendly companion) for thousands of British visitors to the sub-continent and Frater’s name is familiar in cultured Indian circles. Melvyn Bragg wrote: ‘This exuberant rollercoaster of a book reveals India in an extraordinary way.’ A view that was echoed by reviewers everywhere.

Frater came by the name under which his readers knew him when he joined the Telegraph magazine in 1966. The magazine’s long-standing editor, John Anstey, didn’t like the name ‘Russ’ – the name by which Frater was then known – and demanded that Frater used as his by-line, Alexander, which, rather than Russell, was his first given name. [The family had a tradition of calling members by their second given names. So overnight Russell became Alexander – or Alex. Friends from earlier periods still called him ‘Russ’ as did those who met him after he left Fleet Street.

Frater owed his wanderlust to a colourful background. His grandfather, Maurice, was a Scottish missionary in the New Hebrides (now Vanuatu), off the coast of Australia, where Frater was born on 3rd January 1937 in the capital, Port Vila. His father, Dr Alec Frater, (married to Lorna, nee Fray: Frater had one younger sister, Kirsty, who died in New Zealand in 2017) was a missionary doctor. The family moved to Fiji, when Frater’s father was appointed professor at the island’s medical school. Frater, an Australian citizen, was sent to Melbourne, attending both the Scotch College, where he was head boy, and the university; later he went to both Perugia and Durham Universities, graduating at none of them, an unusual feat of which he was proud.

He arrived in Britain with the great Aussie migration of the young and ambitious, who included Clive James (later a colleague on The Observer) and Germaine Greer, stopping off in Perugia where he enrolled (briefly) to study Italian at the university. It was said to be a hotbed of pretty young Swedish women. There he met Marlis Pfund  (Swiss, rather than Swedish) and they were married in 1962. In the early days of their marriage, Marlis worked for some years as an air hostess on Swiss Air.

Frater was popular at Durham, maintaining lifelong friendships forged there. He rowed for the university and was captain of his college swimming club. He left for a staff job on Punch, to which he had been contributing since his student days. He always wanted to write, and a staff job on a (then) prestigious magazine out-scored a degree (especially one that involved Anglo-Saxon).

At Punch, he was described by Miles Kington (no slouch himself in the humour stakes) as ‘the funniest man’ to write for the magazine since the war. However, Punch went into decline – its brand of humour overtaken by the sharper satire of the 1960s – and Frater left, first for a contract with the New Yorker, followed by the Radio Times (then a happy hunting ground for aspiring writers), the Telegraph Magazine and finally The Observer, where, before coming chief travel writer (his true metier), he served as a senior editor on the paper’s magazine, editing (and contributing to) ‘Great Rivers of the World’.

Apart from his major successes, he wrote Stopping-Train Britain, Tales from the Torrid Zone and The Balloon Factory. He also broadcast TV and radio documentaries, largely based on his writing. ‘The Last African Flying Boat’ won a BAFTA in 1991 – the Flaherty Documentary Award. In everything he wrote, his readers travelled with him, luxuriating safely in his adventures – he visited North Korea as a ‘teacher’; was jailed in West Timor by Indonesian soldiers and was held in prison for three days. It was perhaps surprising that Frater, very much a writer, edited as much as he did. But he always took pleasure in younger journalists’ successes.

Frater was gentle and charming, in large part attributable to his genuine modesty. He was always surprised – if nonetheless more than happy – to be greeted by readers. During his final sojourn in hospital, a fellow patient, on discovering he was in the same ward as ‘the’ Alexander Frater, had his wife bring in a complete set of Frater’s books for the author to sign. This did wonders for Frater’s morale, far more of a pick-me-up than the medicines he swallowed. He was a devoted father, and, when not travelling, was more than content with the calm environment created by his family.

Marlis died in 2011: shortly afterwards Frater re-encountered Alice Tomic, an academic at the American University in Richmond-upon-Thames. They had met briefly years before through a mutual friend when Frater was at Durham. He and Alice became an item – Tomic described it as ‘a loving companionship’ – a relationship that lasted till Frater’s death. With Marlis he had two children: Tania, a university administrator; and John, Professor of Infectious Diseases at Oxford University.

His great sadness after he fell ill was that he never returned to his flat – ‘there are things to be done’ he would tell visitors and doctors. But after five months in hospital, his return home was not to be. Three years ago, on the cusp of 80, Frater was invited to India to speak at a conference – mainly, it transpired, to keen readers: Frater’s name and Chasing the Monsoon will long survive.