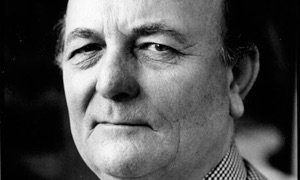 Bill Millinship served as a foreign correspondent and senior editor on the Observer for almost 40 years. In a trade that can be cavalier with accuracy, he stood out as a reliable, decent, hard-working journalist, the backbone of the Observer for a generation. A one-paper man, he served in Paris, Washington and (late in his career, with great fortitude) in Moscow. When in London, he held the jobs of news editor, foreign editor and managing editor.

Millinship was mentor to many writers, and had a sharp eye for accurate prose and logical argument. An enemy of cant, he never wrote a sloppy sentence, nor let poorly written copy escape his editor’s pencil. He became the team professional among the Observer writers and intellectuals assembled after the second world war by David Astor, a solid bridge to the more disciplined paper demanded by a new age of harsh competition.

Millinship was born in the “Pill”, the dock area of Newport, where his father was a shipwright, and was always proud of being Welsh. His brilliance at school led to a family joke that he must have been an alien. One of his teachers, a “Mr Bees”, visited his parents to plead (successfully) for the boy to be allowed to remain in education till 18, rather than follow his likely destiny into an apprenticeship.

He attended St Julian’s high school, Newport. After national service in the RAF, he read English at Keble College, Oxford. His first love was acting, and he performed with the Oxford University Dramatic Society, appearing in Peer Gynt at the Oxford Playhouse. The future politician Shirley Williams was a fellow actor. Essentially a shy man, in later years Millinship could suddenly lighten up and the latent actor in him could be seen.

After university, he went to Paris, where he worked for Radiodiffusion-Télévision Française (RTF), and began a love affair with France that was to last for life. (One son became a French citizen.) He married his childhood sweetheart, Vera Zeale, also from the “Pill” – they met when he was 14, and she 13 – and first worked for the Observer as a stringer for the Paris correspondent, Nora Beloff. The Algerian war of independence was at its height, and Millinship reported from the frontline.

His colleague Neal Ascherson remembers: “I took over from him, and was admitted into an extraordinary, priceless chain of contacts across the Algiers casbah. Those men and women, many of whom carried the scars of recent torture, had grown to trust Bill so entirely that they would risk their lives to do what he asked of them.”

Millinship succeeded Beloff, coming to London in 1963 as news editor. Younger journalists recall an initially intimidating man (his shyness could make him blunt) who rapidly became a friend. One correspondent, John de St Jorre, returning from Africa, called Millinship from Heathrow. Millinship demanded: “When are you going back?” This had not been St Jorre’s intention, but all ended well. “Bill turned out to be far warmer than his opening remark suggested and sent me to Paris.”

In 1978, another correspondent, Sunanda Dattaray, wanted to get married in Australia, but was unable to transfer funds from India. Millinship at first huffed that Sunanda’s wife-to-be, Sumita, lived in Sydney and therefore could pay for the wedding – he was always ultra-careful with the paper’s money – but he then relented and sent a £200 advance. He was a first-rate administrator, overseeing the paper’s 1988 move from Blackfriars in the City to Battersea, south-west London, and was in Washington at the time of Watergate, working from the Washington Post offices, close to Carl Bernstein and Bob Woodward, the reporters who broke the story.

Millinship was uncomfortable with flights of fancy. “Did it happen? Was it true?” he would ask. Not strictly, the writer might confess. Out went a well-turned joke. But he could be very funny. Leaving a pub with two colleagues with working-class roots, he encountered Vanessa Redgrave, who harangued the trio, urging them to join her Workers’ Revolutionary party. As they walked off, Millinship said: “Interesting that, three working-class lads like us getting an earful about class warfare from a posh, middle-class actress.”

His last job, aged nearly 60, was in Moscow at the tail end of the Soviet Union. It was tough. Although a linguist, he found Russian hard. The journalist Sue Jameson recalls him scouring the city for scarce titbits. Returning from a new store, he phoned in triumph: “Susan, they have liquorice allsorts.”

He was a music lover, an avid listener and played the piano. In retirement he wrote a book, Front Line: Women of the New Russia (1993). He contracted a rare degenerative disease, progressive supranuclear palsy. Nonetheless, in March, he was due to be taken by wheelchair to a meeting of the Friends of the Observer, a group of former staff. Now the event will be his memorial.

Vera died in 2008. Millinship is survived by two daughters, Julia and Claire, two sons, Christopher and Anthony, and his sister, Joyce.

William Millinship – invariably known as ‘Bill’ – who has died aged 80, was a main player on The Observer for nearly 40 years – from David Astor’s heyday as editor to the turbulent times in the early 1990s before the Guardian bought the paper. The range of his roles has seldom been equalled: he covered a war; served as correspondent in Paris, Washington and Moscow; was news editor when one desk handled home and foreign; foreign editor and managing editor.

But this list fails to do justice to the influence he had both on the paper and on generations of Observer writers. He was the foundation on whom his colleagues depended, and the tributes since his death are a testimony to a fine man, exceptional journalist and one-paper loyalist. He was calm, organised, encouraging; a first rate administrator always careful with the paper’s pennies; no mean writer himself; and a great editor of colleagues’ copy. No misplaced comma escaped his eagle eye.

He was admired and much liked – the fondness for Bill shines out of the memories of those who worked with him during some of The Observer’s great years.

Neal Ascherson (foreign correspondent): Bill, more than anyone, managed The Observer’s transition from amateur to professional. The paper was in many ways ‘the Professorate’, a constellation of intellectuals disdainful of routines, and had to get seriously organised: getting those disciplines across was not easy for Bill. Some star performers and wannabe Hemingways resented being told how to work. Bill, with almost Buddhist patience, put up with their displays of temperament, and smiled in his quiet, satirical way… he was himself a much brighter and bolder journalist than many colleagues first realised.

Sue Arnold (columnist): Bill was my mentor: he hired me for three months, and then shuffled me about – news, Briefing, Ego, even sport – until a permanent job came up. He was warm, unassuming, generous and very, very funny. I shall miss him dreadfully.

John Hawkins (former copytaker): His dictation (from Paris in the 1950s) was so clear and rhythmic that I could reach over 120 words a minute on my new electric IBM golfball typewriter. He was also a true gentleman.

Donald Trelford (editor): Bill and I went back to my first day on The Observer in 1966, when I was Bill’s deputy on the news desk. When I was editor, he was someone I completely relied on, a superb journalist and a really good man.

Trevor Grove (features editor): Bill was a man of enormous kindness, wisdom and flinty humour. When I joined in 1980 he seemed to represent, with colleagues like Terry Kilmartin and Michael Davie, the very soul of the old Obs. Conference was a cockpit of strong views, as you might expect from a gathering that included Conor Cruise O’Brien, John Cole, Colin Legum, Neal Ascherson, Mary Holland, Tony Howard and Katharine Whitehorn. Bill was a quietly stabilising influence.

Mark Frankland (foreign correspondent): Bill’s key quality was dependability. He wrote with difficulty – not the only one – but his reporting was solid, one could always be sure of it. He was brave to take on Moscow as his last job abroad.

Bob Low (sports editor): At first I was intimidated by him, but soon we got on fine. I admired his no-nonsense style and gradually found there was much more to him than that. He was very kind. That was the lovely thing about the Obs: you started working with people of whom you were in awe; before you knew it you were the best of friends.

Robin Lustig (foreign correspondent): He was the first man I made contact with at The Observer, and his decency and friendship were a big part of why I fell in love with the paper.

My own most loved tale about Bill concerns when I got married. He was news editor and the boss of both myself and my wife-to-be, Christine Doyle, the medical correspondent. I went to see him: ‘May I have Saturday off to get married?’ Pause, and then a cautious ‘yes’. Further pause. ‘Who are you marrying?’ I told him. Longer pause. ‘I suppose that means you’ll both want the Saturday off.’

It was probably a joke – Bill’s first love had been acting, and he had appeared alongside Shirley Williams at the Oxford University Dramatic Society.