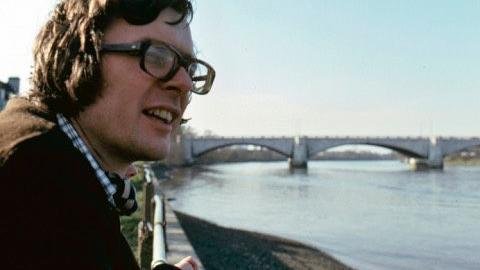 The science brief on a national newspaper is one of the most varied jobs for a journalist. One day Nigel Hawkes might be writing about how 14,000 bears roamed prehistoric Britain; another he was considering the latest giant steps for mankind in the space race. In between there were press releases to decode, scientific conferences to cover and government funding promises to scrutinise. Meanwhile, news editors were demanding pristine copy immediately, if not sooner.

Science, like life, is complicated, yet newspapers and their readers want neatly packaged answers. Is this new drug safe? Can the government protect us from a pandemic? And even if we could live longer, would it be a life worth living? The answer to such questions is often both yes and no, as Hawkes explained with unending patience.

Some stories sold themselves. “Adultery is only natural . . . when practised in moderation,” claimed the headline above his report on a study of other species by zoologists, which appeared in The Times in 1998. “How men are just like tomcats in sex stakes,” ran another the following year, though the story was about X and Y chromosomes.

Taking several years work by the world’s cleverest scientists and distilling it into a few hundred words is never easy but Hawkes’s incisive mind made it seem effortless. As the paper’s science editor he covered hundreds of stories between 1990 and 2000, when he became health editor, itself a wide-ranging brief. He believed firmly in trusting the science, the rigorous scrutiny followed by scientists, and the peer-review system used by reputable journals. As Sam Lister, his former protégé, said: “He believed in keeping an open mind, but not so open that your brains fall out.”

He was one of the first journalists to cast doubt on Andrew Wakefield’s claims that the MMR vaccine is responsible for causing autism in children. Yet on this and other sensational-sounding stories he had to fend off excitable news executives who, having noticed coverage elsewhere, were anxious for a story. In such circumstances he was the master of “writing for the spike”. As one former colleague explained: “When ordered to write complete bollocks he would do so in such a weak way, full of caveats, that there was no chance of making it into print.” Another added: “He kept a lot of crap out of the paper.”

In 2010, when the General Medical Council found Wakefield guilty of acting irresponsibly, Hawkes, by then retired, wrote an analysis for The Times that was aimed as much at his own profession as at Wakefield. “This was a case of a well-meaning but deluded doctor whose claims merited a beady-eyed scepticism,” he noted. “Instead, there was an uncritical gush from commentators whose only qualification appeared to be that they themselves had children. Having an autistic child was a bonus.”

He had taken a similarly rigorous approach earlier in his career when, as diplomatic editor of The Observer, he refused to publish excitable yet unconfirmed and ultimately erroneous reports that Terry Waite, the Archbishop of Canterbury’s special envoy, had been killed by his captors in Beirut.

Younger colleagues at The Times recalled his “incredible generosity and patience”. He went through their copy, pointed them in the right direction at press conferences and refilled their beer glasses at the bar. Most importantly, he taught them the appropriate degree of irreverence to show towards management and still survive. 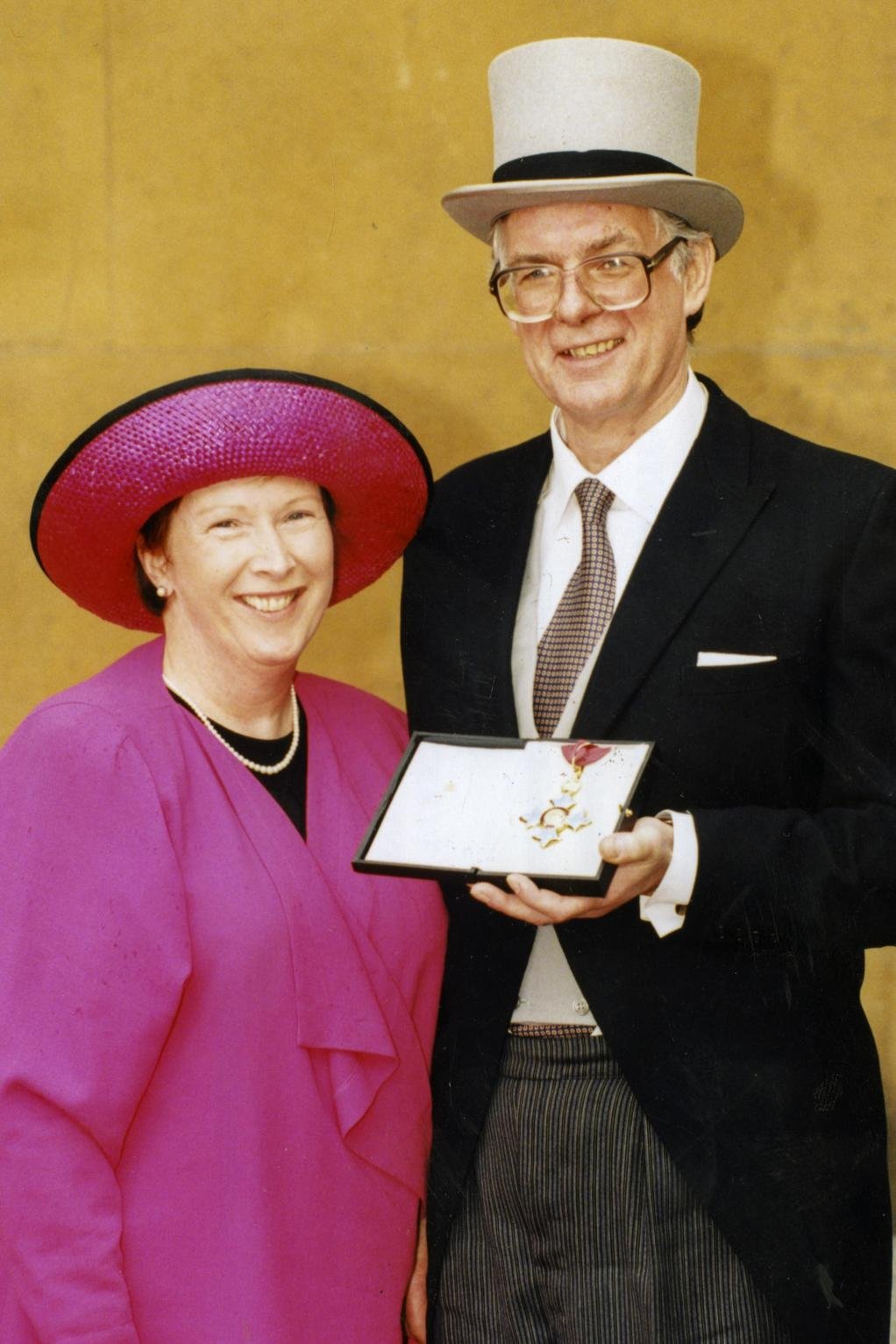 With his wife, Jo, on the day of his investiture at Buckingham Palace in 1999

Nigel John Mytton Hawkes was born in Fulmer, Buckinghamshire, in 1943, the son of Ronald Hawkes, the personnel director of Proctor & Gamble who was appointed MBE for his war service, and his wife, Kathleen (née Younger). His father’s work took the family to Newcastle, from where Nigel was sent to Sedbergh School, Cumbria. He read metallurgy at St Catherine’s College, Oxford, where he chaired a National Union of Students subcommittee giving evidence to the Franks Commission on the university’s structure.

In 1966 he joined the journal Nature and in 1970 moved to the Telegraph magazine. He had met Jo Beresford at an NUS conference in Margate. They married in 1971 and she became a foreign correspondent and later a Conservative councillor in Kent. Jo survives him with their children: Georgina, who works for HSBC; Will, a freelance journalist; and Alex, who is with HM Treasury. They and his nine grandchildren lived nearby and Hawkes enjoyed taking them on walks with Buster and Barney, his miniature schnauzers.

He was made science correspondent at The Observer in 1972, becoming foreign news editor in 1983. On one occasion he resigned after a row with Roland “Tiny” Rowland, the paper’s proprietor, over the appointment of a roving Africa reporter whose salary was paid by Lonrho, Rowland’s African conglomerate, rather than the title, thus in Hawkes’s view compromising his independence. Rowland regarded the complaint as illogical because Lonrho was already effectively subsidising the loss-making paper. “No one is begging him to stay,” Rowland shrugged.
Donald Trelford, the editor, was determined that Hawkes should remain and made him diplomatic correspondent and later diplomatic editor, roles that took him to summits between President Reagan and Mikhail Gorbachev. The opportunity to return to science writing was too good to resist and he joined The Times in 1990. 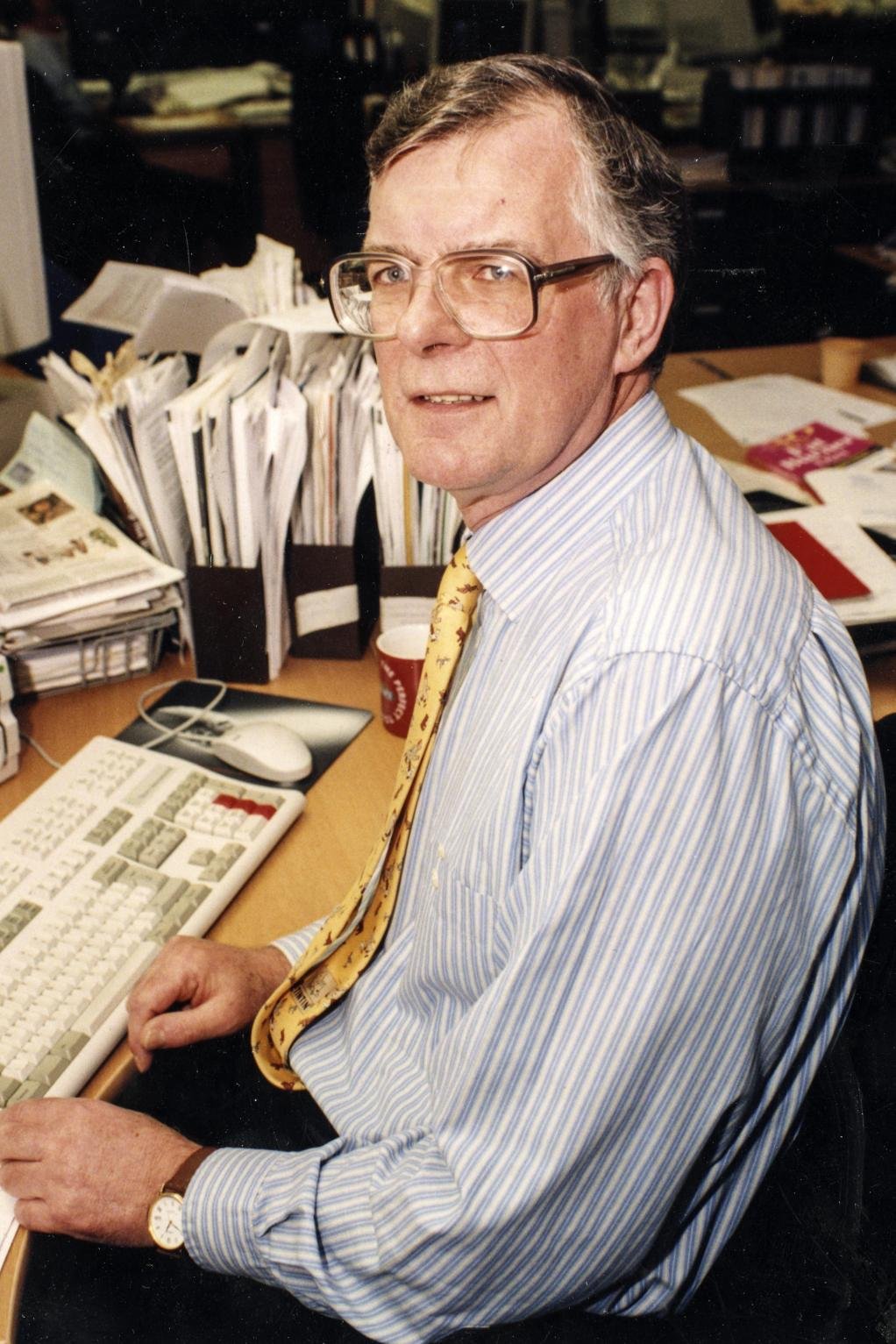 Hawkes at his Times desk in 1998, eight years into his position as science editor

Giving evidence to the Lords select committee on communications in July 2008, Hawkes told how government announcements were being selectively trailed, “usually to journalists who are more likely to take a favourable view”. This was not only unfair, he said, but also meant that “slightly half-baked stories” appeared. He added that selective parts of key reports were increasingly being trailed so much that “by the time the report actually appears I cannot persuade the news desk it is of the slightest importance. ‘We knew all that already, did we not?’ That leads to bad reporting.”

He retired that year and became a director of Straight Statistics, a pressure group that exposed the misuse of statistical information. His first book, The Computer Revolution, had appeared in 1971, and his science and technology titles for children in the 1990s were particularly enticing. As an old-school journalist he was partial to a lunchtime beer with his fellow hacks, though like all things it was in moderation.

Hawkes was tall, well-spoken and friendly, despite the faintly aloof air of a boffin. He was reticent about personal publicity. “I am delighted if embarrassed,” he said in 1998 when his CBE was announced, leading to colleagues thereafter referring to him as Commander Hawkes. He thought there were other reasons for the honour. “It’s possibly because the government is very interested in the public understanding of science,” he said. “I try to write about results and explain what has been found. I find it interesting and exciting and I think readers do too.” 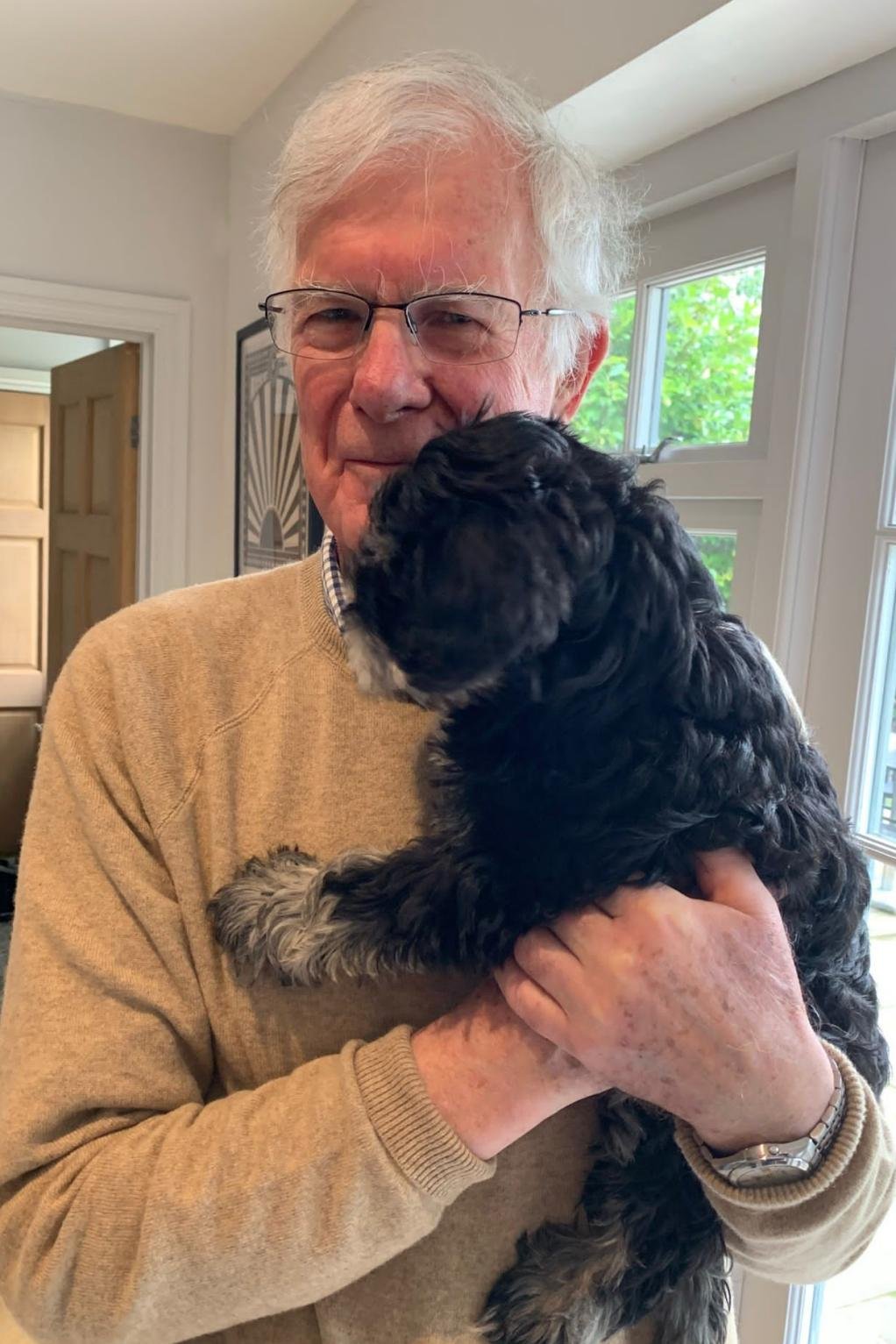 Hawkes became a grandfather of nine, and enjoyed dog walks in retirement