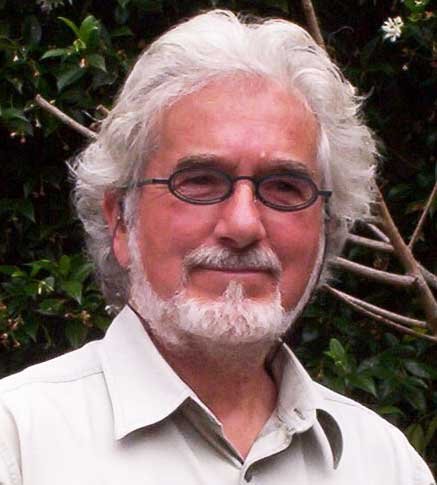 Tony McGrath, who has died aged 80 of acute myeloid leukaemia, was the celebrated Observer photographer whose images of starving children helped to alert the world to the apocalyptic famine in Ethiopia that gave rise to Live Aid.

His heartbreaking picture of an anguished young child, emaciated and dressed in rags, was made into a poster for charity and won McGrath the photograph of the year accolade in the British press awards in 1984. The following year, Bob Geldof’s Live Aid concerts galvanised people worldwide to give tens of millions of pounds to the cause.

By then, McGrath was building a Fleet Street reputation as a pioneering picture editor of the Observer after 20 years on the road, fearlessly capturing war, and its victims, up close and graphically, but with empathy and humanity. Always equipped with five Leicas, each with a different lens, he flew into the world’s trouble spots on assignment, shooting in black and white.

When war erupted closer to home in the late 1960s, at the start of the Troubles, he was sent repeatedly to Belfast, where he had begun his career, because he was always ready and willing to go. He covered the Bangladesh war of independence (1971) and the Yom Kippur war (1973) and went undercover in the townships to document the lives of black people in apartheid South Africa.

In Vietnam he came close to joining the scores of photojournalists killed in the war. Details are sketchy because the self-effacing McGrath rarely talked about his battlefield experiences, but the US soldiers he was travelling with came under attack. All of them were killed; McGrath’s film and cameras were lost. He escaped unhurt. But for a man renowned for always getting the picture, it was doubly devastating.

Born in Dublin into a Catholic family with two sisters and three brothers, McGrath was surrounded by pictures because his mother, Josephine (nee Urell), ran a photographic printing business. But life became difficult after his father, Francis, a forensic scientist, died when Tony was very young. At a Christian Brothers school he was beaten for being left-handed and dyslexic.

As a teenager, he had two aims: to leave home as soon as possible and to become a news photographer. By the end of the 1950s he had moved across the border to work on the Belfast Telegraph as a messenger, but rapidly demonstrated his prowess with a camera. By the early 1960s, he was on his way to London, with offers from the Sunday Times and the Observer. He freelanced for both before choosing the Observer, where he felt more at home.

When the editor, Donald Trelford, appointed him picture editor in 1981, McGrath’s mission was to put photography centre stage on a paper known for its fine writing. He already had a glittering array of talent at his disposal, including Jane Bown, Neil Libbert, Eamonn McCabe and Sue Adler, who, in 1983, became his fourth wife (the other marriages ended in divorce). To these he added young photographers such as John Reardon, Roger Hutchings, Judah Passow and Murdo MacLeod, all of whom became star names.

Fastidious, perfectionist, uncompromising, the sometimes quick-tempered McGrath could be difficult to work with. Invariably suspicious of people’s motives, he was always at war with somebody or something. But he could be a charmer too and was adept at playing Trelford in order to nudge a picture into the paper.

All these skills were needed in March 1991, at the end of the Gulf war, when the haunting image of the charred corpse of an Iraqi soldier burned alive in his truck in the desert came over the agency wire. Those of us who saw the picture, taken by the US photographer Ken Jarecke as Saddam Hussein’s invading army retreated from Kuwait, were keen to run it on the front of the Gulf war pages inside the paper, chiefly because, although tens of thousands of Iraqis had been killed, there was little photographic evidence. Trelford, always wary about upsetting readers over Sunday breakfast, was so relieved that we were not lobbying to put it on the front page that he said yes. No other paper in Britain or the US touched the picture, which was considered too graphic.

McGrath, who had seen enough bodies on the battlefield, was there to take the flak when the Observer came under fire in the media for its brave decision to show it like it is. He described the covering up of killing by Britain, the US and allies as “dreadful censorship”.

Fast, efficient and hard working, McGrath was equally hard playing. In the early 1990s, in the dog days of Tiny Rowland’s ownership, it sometimes seemed as if its journalists were trying to drink London dry of champagne. On his barstool, the convivial and amusing McGrath was at the forefront.

A bon vivant, he and Sue were generous hosts in their rambling flat in West Hampstead. They shared a passion for opera, Wagner in particular, and art. McGrath had a way with words too and toiled for several years over a novel, about a love triangle set amid the Troubles, but it never found a publisher.

He left the Observer at the end of 1993, soon after the Guardian bought it from Lonrho, and, in 1998, he and Adler emigrated to Australia in search of a new adventure when she was offered work by Sydney Opera House.

In 2007, they headed for the outback and bought 100 acres of eucalyptus trees on a ridge in the bohemian village of Nimbin in the Northern Rivers area of New South Wales. There they designed and built an art gallery-cum-house and began to collect work by young artists. He is survived by Sue.