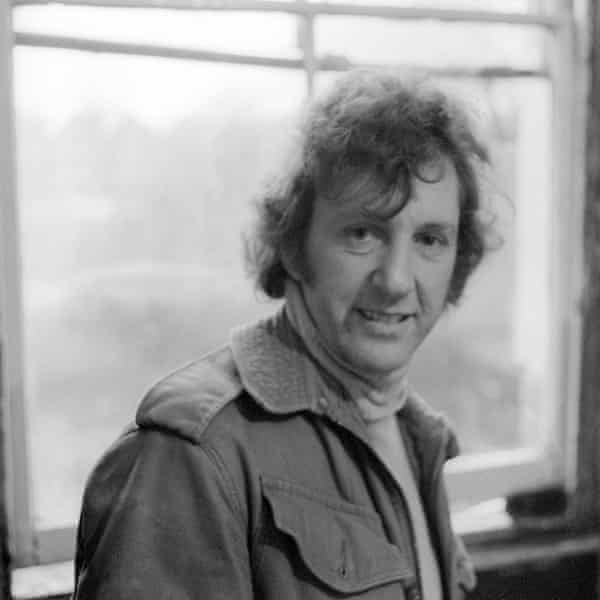 Colin Jones in London in the 1970s. Photograph: Colin Jones/TopFoto

One line that always produced a laugh from audiences watching the film Billy Elliot was: “What’s best, to be a ballet dancer or to be a miner?” The photographer Colin Jones, who has died aged 85 from Covid-19, would not have thought this such a funny quIndependent magazines and in a book entitled Grafters (2002). He also did important work for the Sunday Times, in particular The Black House project in the 1970s, leading one critic there to describe him as the George Orwell of British photojournalism.
Colin became fascinated by the working lives of miners on his first assignment for the Observer after leaving the Royal Ballet in 1962. He was sent to cover some early pit closures in the north-east and later told an interviewer: “It may sound strange, but I found so many similarities between the lives of miners and ballet dancers. There was the same dependence on strength, fitness and endurance, the same comradeship of a tight-knit community doing a job. And when they finish work, they’re both physically exhausted and drenched in sweat – though miners are covered in coal dust and their work is full of dangers.”

On a tour to Australia and New Zealand with the Royal Ballet in 1958, Colin bought his first camera, a Ricohflex, while on an errand in Sydney for Margot Fonteyn. He immediately began taking photographs of the company’s dancers exercising at the barre and working in rehearsals. In 1961, he met Lynn Seymour, a star of the touring company, and she accompanied Colin on some of his shooting expeditions when on tour, into places such as the slums of Manila and the sidestreets of Tokyo. They married in 1964, a union that ended after four years when Seymour left for the Stuttgart Ballet to work with the choreographer Kenneth MacMillan, who had created principal roles for her in Royal Ballet productions.

The greatest influence on Colin’s photography was the Observer’s arts photographer Michael Peto, whom he met backstage at the Royal Opera House in the 60s during the golden era of Fonteyn, Rudolf Nureyev, Seymour and Christopher Gable. Peto was a Hungarian émigré whose work Colin had always admired. “Michael didn’t take pictures in the way that the rest did. He could see the ballet for what it was – a lot of hard work. Many of his pictures were of exhausted dancers after the endless tedium of rehearsals in dusty church halls.”

Peto introduced Colin to the Observer’s picture editor, Dennis Hackett. The north-east assignment resulted in Colin’s first big picture spread – astonishing images of men and women scrabbling for coal on a colliery waste tip near Sunderland and taking it home in sacks on the crossbars of old bicycles.

Soon after, I became picture editor of the Observer. In 1963, while Colin was on holiday in the US, I diverted him to cover the Alabama race riots, where he photographed the civil rights leader Martin Luther King and the hardline segregationist police chief “Bull” Conor, who had set dogs on peaceful protesters.

Born in Poplar, east London, Colin was the son of a printer, George Jones, and his wife, Maud (nee Armstrong). For most of his early years his father was away in the army, serving in the Burma campaign. With his mother and his older brother, Colin was evacuated to Essex; he was evacuated twice more, attending 13 schools while struggling with dyslexia. When he left school at 15 he had no qualifications but, after hearing a careers adviser encouraging leavers to consider becoming dancers, he enrolled at a dancing school in the front room of a semi in New Eltham, Kent. Later he attended a more professional dancing academy in Soho, from which he won a scholarship to the Royal Ballet School in 1952.

After graduating, his innate intelligence, sense of humour and strong, wiry physique made him popular in the ballet company, attributes that served him well in his second career. The Observer’s photographic team at the time included Don McCullin, Philip Jones Griffiths and the staff photographer Stuart Heydinger, and it was difficult for the young former ballet dancer to gain their acceptance, but he had already proved his mettle during two years of national service from 1955. While serving in the Queen’s Royal Regiment, he had taken up boxing and was skilled enough to represent his battalion. He lost one of his bouts – and four front teeth – to a knockout punch from a much taller Welsh soldier who had been a coal delivery man.

From the Observer, Colin began freelancing on publications including the Sunday Times Magazine. The writer Peter Gillman, who worked with him, recalled how on one assignment, researching food aid distribution in Chad, Colin saved them from being stranded in the Sahara when their hired Land Rover broke down. A mechanic in the nearest town could not diagnose the cause until Colin took over and found a carburettor problem. “He used something in the workshop, either wire or a piece of metal, to repair it and I was lost in wonder at his brilliant mechanical skill,” Gillman said.

Their most successful collaboration, begun in 1973, was the documentation of a group of mostly young black men who lived in a dilapidated terraced house in Islington, north London, known as the Harambee Project (Harambee is Swahili for “pulling together”). They were the children of the first generation of Caribbean immigrants, who had been brought over to join their parents and had become alienated by the prejudice they experienced. Most were unemployed and some had criminal convictions.

For six weeks the Sunday Times duo kept visiting what became known as the Black House to win the young people’s trust before a photograph was taken or a notebook opened. “Colin really stuck with it,” said Gillman. “He even corresponded regularly with one of them who had been sent to prison. With his gentle and beguiling manner, he was able to persuade the young men to let him photograph them.” Their patience was rewarded with a magazine cover story, On the Edge of the Ghetto. The pictures were exhibited at the Photographers’ Gallery in 1977 and in 2006 published as a book, The Black House.

Colin continued working with Gillman for the Sunday Times during the 70s – in Jamaica to document the Jimmy Cliff vehicle The Harder They Come (1972); in Scotland, covering the diminution of North Sea oil; and in Panama as it threatened to take the canal from US ownership. He never retired but stayed busy in his darkroom at home in Barnes, west London, making museum-quality prints of photographs from his archive, some of which he sold to collectors.

He told me the accolade he valued above all others was a letter, framed on his darkroom wall, from the acclaimed photographer Bill Brandt about his 60s portraits of gunslinging characters in a feud between rival scrap metal merchants in Fulham. “Dear Colin Jones, I feel I must tell you how delighted I am with your feature in yesterday’s Sunday Times. I think they are the strongest photographs I have seen for a long time. Congratulations and best wishes.”

In 1970 Colin married Priscilla Tanner, a model. She survives him, as does their daughter, Sarah.