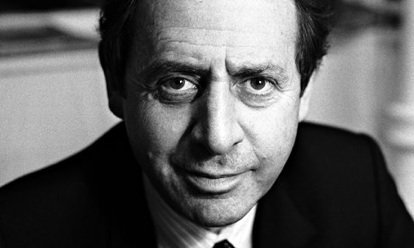 In 1963 Patrick Seale became the Observer’s correspondent in Beirut after his friend, the spy Kim Philby, had fled to Moscow. Photograph: Jane Bown

Patrick Seale, who has died aged 83 after suffering from brain cancer, had many skills – as author, journalist, broadcaster, Middle East historian, arts aficionado and dealer and literary agent. But most notably he was the English-speaking world’s foremost chronicler and interpreter of Syria, its troubled modern history and its leadership during the past 44 years, that of the al-Assad family, father Hafez and son Bashar.Seale, a man of great personal charm and the highest intelligence, had carried on writing and broadcasting about Syria’s seemingly unstoppable and now regionally menacing war after his diagnosis last year. In one of his final judgments, he said: “Both sides believe they can win, but neither side can win … Syria will be a field of ruins.” He believed that only a proper peace conference including the US, Russia, Saudi Arabia, Iran, Turkey and the Syrian government and its multifarious oppositions could stop the conflict.

Born in Belfast, Patrick was the son of Reine Attal, a midwife of Tunisian-Italian origin, and the Arabist and biblical scholar Morris Seale. Shortly after his birth the family moved to Syria, where for 20 years they ran the Irish Presbyterian mission. Patrick grew up between the Old City of Damascus and the mountain village of Bloudan, places and people in a landscape that would forever entrance him during the final years of Syria’s deeply resented French Mandate rule.

He was educated at the French lycee in Damascus and at Monkton Combe school, near Bath, a haven for sons of the clergy. After a national service commission, part of which he spent in a tent in the Suez Canal Zone and most of the rest in the Intelligence Corps, Seale studied philosophy and psychology at Balliol College, Oxford (1950-53). While there he edited the student newspaper, Cherwell. After graduating, Seale worked briefly for a cotton magnate, and then for Reuters news agency (1954-59). He worked in the economic service and in general reporting and editing, including a spell in Paris, where he shared a flat with the Fauvist-influenced painter Emilie Charmy, by then nearly 80, who re-imbued his passion for modern art.

At the end of the decade he returned to Oxford to pursue Middle East studies at St Antony’s College. In the early 1960s, he worked in Beirut as a freelance contributor to the Economist and the Observer. That paper’s Middle East correspondent, based in the city, was Seale’s friend Kim Philby, the British agent shared by MI6 and the KGB. Seale’s break came in 1963 when Philby fled to Moscow. Seale was awarded the Observer posting, though did not use it as cover for being an MI6 operative. From Moscow, Philby later claimed that Seale did, apparently embittered by an unflattering portrait of himself in the latter’s collaboration with the spy’s abandoned wife, Eleanor, in her memoir Kim Philby: The Spy I Loved (1968). Seale also served the Observer in Paris, where he wrote a book,French Revolution 1968, with another Observer journalist, Maureen McConville, published in the September following les événements.

In 1969 he helped set up Observer Books and Features, a literary agency run by the paper, and Observer Art, its print mail-order business. He bought both of them in 1972: his literary clients included Shirley Conran, Melina Mercouri and Yehudi Menuhin, and, inspired in part by Charmy, whose works he exhibited in Britain for the first time, he dealt in limited-edition prints from figures such as David Hockney and Henry Moore from his Knightsbridge gallery.

Seale wrote a rather more sympathetic portrait of the by then much villainised agent, Philby: The Long Road to Moscow (1973). Later he brought out Abu Nidal: A Gun for Hire (1992), the story of a Palestinian terrorist who specialised in killing Palestinians.

From the late 70s onwards, Seale was a regular freelance contributor to outlets including the Guardian, BBC TV and its Arabic and World Services, and the growing array of Arab and other satellite channels. He also spoke at rallies, universities and other institutions.

The first book explored Syria’s turbulent post-second world war years, when it was recovering from the French Mandate, was beset by coups and British and American hostility for its alleged leanings towards the Soviet bloc, and was buffeted between Baghdad and Cairo in the heady years – the 50s and 60s – of Arab nationalism, at which Damascus felt itself to be the heart. In Asad, Seale demonstrated his understanding of the Alawite leader and his clan, who brought stability to his nation, and eventually a modicum of it to Lebanon, as well as regional respect because of his ability, from a small base, to manipulate and resist the fractious members of his neighbourhood, including Israel.

In the third book, centred on a founding father of Lebanon and stalwart of Arab nationalism, Riad el-Solh, he described the upheavals that followed the imperial division of the Ottoman spoils after 1918 – Britain’s handing of Palestine to the Zionists, France’s brutal truncations and divisions of the rest of Greater Syria. Much of Syria’s present troubles, Seale showed, could be attributed to this legacy of divide and rule and the west’s endemic fear of and fight against Arab unity and progress.

Seale’s familiarity with Syria and its leaders engendered much criticism of him, and suspicion that he was an apologist, mostly from people who were parti pris themselves,  especially the Lebanese establishment, or those who chose to confuse explanation with exoneration. I listened to him most recently at the School for Oriental and African Studies and the journalists’ Frontline Club, in London, where he handled such scorn with his usual aplomb. On radio, TV, in his syndicated columns and in person, Seale continued as long as he was able to examine the tortured region that he loved with reason and empathy. Michael Young, of the Beirut Daily Star, no admirer of modern Syria or the Assads, called Seale’s Syrian trilogy “an indispensable part of any education on the region”.

Seale married Lamorna Heath in 1971; she died in 1978. Seven years later, he married Rana Kabbani; they eventually separated. She survives him, as do their children Alexander and Yasmine, and Orlando and Delilah, the children of his first marriage.