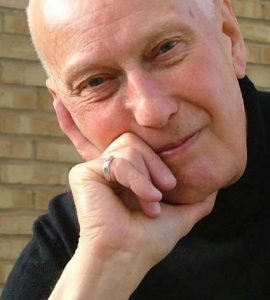 From the Daily Telegraph by Robert Chesshyre

Eric Clark, who has died aged 81, was among the last of a breed, a complete writer who earned his living as a self-employed author and journalist for nearly 50 years. His wide-ranging repertoire spanned the mid-twentieth century till shortly before his death last month. At a time of declining newspaper fees and book advances, he and his writer wife, Marcelle Bernstein, raised three children and paid their mortgage as freelancers. It is not a path that an ambitious family man could follow today.

Eric always dressed far better than most reporters: well-pressed suit, buffed shoes, crisp shirt and tie: he could at first glance have been almost anything. ‘Cop or crim’ said a fellow journalist. Perhaps more a financier or business executive, he had the misleading look of a man who travelled solely by taxi. But this exterior hid the adventurous heart of a teenager who, on leaving Handsworth Grammar School, went to Spain to ‘run with the bulls’ aiming to be the next Hemingway – he wrote in sixpenny notebooks his first (unpublished) novel before he was 17 – and was still accepting challenging magazine assignments such as flying with air ambulance crews into his seventies.

An early Clark book – he wrote 10 in all – was ‘Everybody’s Guide to Survival’, which told how to escape from a submerged car: calmly to allow the vehicle to fill slowly until the pressure inside and out are equal. Dave Allen, the TV star, had a tank set up in the studio car park into which he and Eric were lowered in a car. Just before their plunge, Eric and Dave Allen – sharing a much-needed cigarette – realised that the old banger ATV had provided, leaked like a sieve. ‘If things go wrong, we’ll smash the glass tank,’ the director assured them. ‘Do that,’ observed Eric, ‘and you’ll kill us both.’ The pair duly made their underwater escape (the feat is now on iPlayer), but Dave Allen (and Eric) swore off any further stunts.

Eric grew up in the Birmingham suburb of Erdington: his father, Horace, was a television engineer who described himself as solidly ‘working class’, and his mother, Hilda, a housewife. After Eric’s Spanish adventure, he joined a local paper, moved to the Birmingham Post and came to Fleet Street by way of regional reporting for the Daily Mail, first in Shropshire and the Welsh borders and then, for a very happy year, in Dublin. He joined the Guardian in the late 1950s, springing to journalistic prominence when the paper published his detailed report on the Great Train Robbery 24 hours before its rivals.

It was then the ‘rule’ that papers did not run crime backgrounders until sentence had been passed. As Eric recalled it, the Guardian was the only national paper that did not take (could not afford?) legal advice, and the paper ran his report when the jury brought in its verdicts. The judge postponed sentencing until next day, and Eric and the Guardian had a ‘scoop’. Eric was snapped up by The Observer, where he enhanced his reputation with a series on the mafia penetration of London casinos. As a result of Eric’s pieces, the Home Secretary Roy Jenkins brought in tough controls and the London gaming scene was very largely cleaned up.

Eric ran a tiny investigative unit at The Observer, meant to emulate the far better resourced Sunday Times Insight. One story the unit did break was the resignation of BBC DG, Hugh Carlton Greene. A reporter was given Greene’s intended date of leaving (though to protect the source this detail was not published) and The Observer revealed Greene’s proposed departure. Greene was incandescent about the leak and phoned David Astor, editor of The Observer and a fellow grandee. Eric was carpeted and took responsibility (thus protecting his reporter, Peter Wilby, later the editor of the Independent on Sunday and the New Statesman). Greene did resign on the date Wilby had been given, and Eric, disillusioned, moved to the paper’s Colour Magazine.

To his surprise as a veteran of liberal papers, Eric was asked to write a life of Enoch Powell. At their sole meeting Powell, apparently aghast that Eric was married to a Jew, could scarcely get the word ‘Jewish’ out of his mouth. However, the offer stood, naturally declined by Eric. He later discovered that the book was to be part of Powell’s preparation to lead Britain should civil order (as seemed possible in 1974) break down. The man who introduced Eric to Powell later threw himself under a train.

Eric and his first wife Frances divorced after 13 years and in 1972 he married Marcelle, also then on The Observer. Marcelle wrote the highly successful (and televised) Nuns, and the couple decided on that evidence they could survive as authors. So it proved. Eric first wrote thrillers, including Black Gambit and The Sleeper – he was compared with Len Deighton and John le Carre – and later influential factual books: ‘The Want Makers’, about the advertising industry, and ‘The Real Toy Story’, in part about Chinese labour – ‘Santa’s Sweatshop’ – employed to make toys for the western market.

The books had lasting impact and Eric was recognised as an expert in both fields. He bitterly regretted the loss of childhood innocence in the fast-emerging commercial world. Despite himself enjoying ‘boys’ toys’, Eric was hostile to fast-growing commercialism. ‘Childhood is disappearing, and that’s damaging,’ he wrote.

In later years ill health meant Eric spent time in doctors’ hands, one result being that he was invited by King’s College Hospital to teach medics how better to communicate with and understand patients. He was supportive of young journalists – Colin Smith, later a successful foreign correspondent, recalls Eric’s kindness when he, Colin, seemed on the point of dismissal from The Observer – and of fellow writers. A member of the Society of Authors for 30 years, Eric served on its Management Committee.