John Cole: ‘the kind of colleague we all wished to be.’ 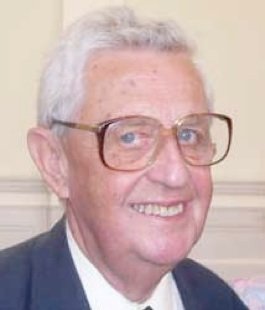 The John Cole of BBC politics will be remembered by all who saw him in action, but Cole the print journalist deserves remembering, too. He was a great labour correspondent when the union brief was a vital job for any serious newspaper. He was a driving news editor when the Guardian’s struggling reporting room, in the early years of London publication, had to be made competitive. And he was a vivid presence, always ready to fill a vacant moment in the production schedule with argument.

John truly loved to argue: about politics, Northern Ireland, America, really any subject that passed his way. He relished the joining of rival perceptions or logic. It was the greatest sadness that illness, at the end, meant no more arguments. It was heart-rending to sit there, telling him about political trends, and not find a counter-case coming back.

But none of John’s arguments were ever bitter or acrid. To the contrary, he was warm, generous and the kind of colleague we all wished to be. When we two were the last ones left in the race to be Guardian editor (in a selection system already manifesting sub-papal democratic twinges) we found we could talk about things only to each other. We were locked together as best of friends. That was friendship cemented – and why so many friends will remember John Cole.