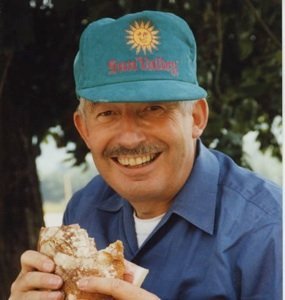 NIGEL LLOYD was a newspaper production editor whose career bridged the culture of old Fleet Street with its congenial company and long lunches and the more austere world of computer technology that displaced it. A man with the large personality required of the hot metal days, Lloyd remained in national newspapers for a decade after journalism’s traditional home had been surrendered to bankers and accountants.

He was, for his day, an unlikely journalist, born into the classes who still believed that the Press should use the tradesmen’s entrance. He was educated at Highgate School and Queen’s College, Oxford, where he was an exhibitioner. Upper middle class men then usually headed for the professions, but Lloyd sensed that his talents suited the rough-and-tumble of newspapers.

He learned his chosen trade on the Middlesbrough Gazette. Ever ambitious (and just married to Janice, a marketing executive), in 1960 he went to Lagos to set up the Nigerian Daily Express. Aged 30, he had found his metier as a journalist who ensured that papers hit the street on time and in good order.

Lloyd got things done, a task much needed by The Observer, then renowned more for fine writing and intellectual clout than for professionalism. He joined the paper in the mid-1960s, and for 20 years  thrived. He edited the paper’s Magazine with aplomb, and later became The Observer managing editor.  Pressed by his wife to take a winter break, he began writing about skiing, a sideline that became an obsession. Tales are still told of raucous jaunts to the slopes by the ski press pack with Lloyd, as combative (and often as argumentative) as in the office, at the heart of the action on and off the slopes.

He was on one such trip when the family suffered a terrible tragedy: the Lloyds’ 19-year-old son, Toby, died from a brain haemorrhage. Janice had to take the decision that Toby should be not be treated (a brain scan showed a ‘wipe-out’) before Lloyd could be contacted. Lloyd never fully recovered from the blo

Nonetheless, he became a founding editor at the Independent. There he devised a category of ‘super-sub’, journalists who designed pages on computer screens rather than, as previously, with pencil and paper. Lloyd left when the paper was up-and-running, but his legacy survived both in the structures he created and the young talent (much from the provinces) that he recruited.

He read avidly, with a deep affection for Hemingway. He had planned to write on his literary hero, but was overtaken by his final illness before he could start work. Beneath his bluff exterior, Lloyd cared deeply for integrity of his craft. He was both a skilled sub-editor (on the Observer magazine, he would read infelicitous writing aloud to its authors, who, thus shamed, slunk away to knock their prose into more elegant shape), and a down-to-earth production man, who established first rate relations with the frequently truculent Fleet Street printers.