Ian Mather: How I conquered Everest, Took on the Soviet Union,
and rose from the dead! 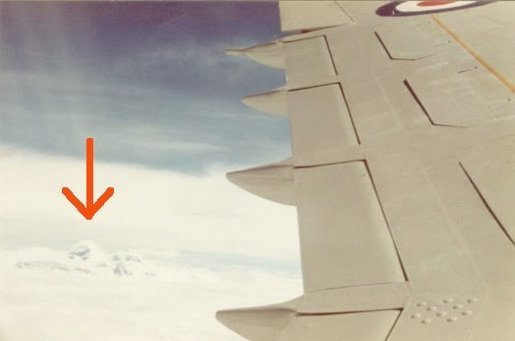 The first highlight is a photograph I took through the window of an RAF VC10 after taking off from Katmandu with John Knott, the then Minister of Defence on board, in 1981. The whole of Nepal had been covered in cloud, and this was my first and last view of Everest, the summit of which protruded slightly above the cloud. Scandalously, I failed to win the Photographer of the Year Award! These two cuttings, above, are a typical piece of hard-hitting investigative journalism from Afghanistan during the Soviet occupation in 1988, and below is the premature account of my death in the Press Gazette.

…but I never got any of his pay cheques!